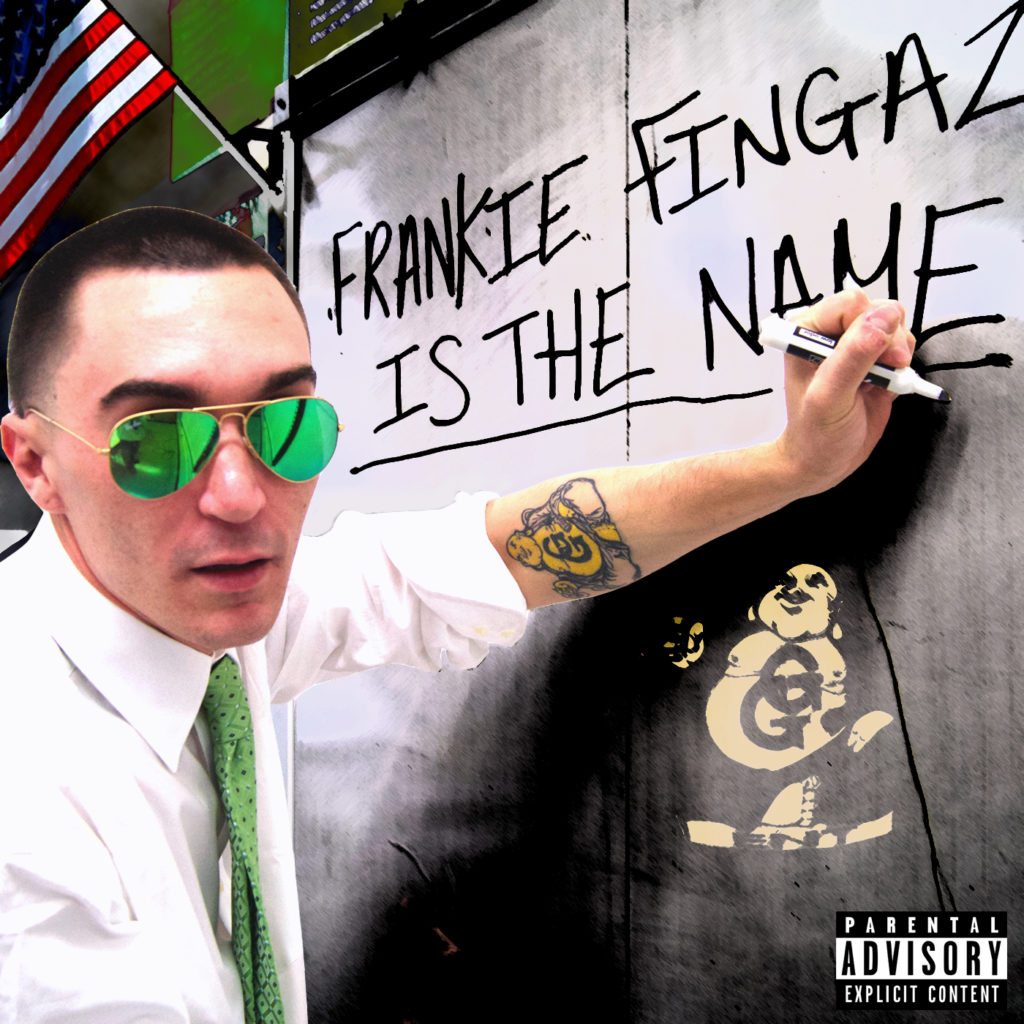 Frankie Fingaz is a Brooklyn based rap artist with over a decade of experience in the hip-hop music industry. In January of 2012 Golden Goonz signed Frankie in hopes of bringing a new member to the team with unique talents and a passion for their work. Since then Frankie has worked alongside big names such as Mike Marshall, Smoke Dza, R.A. The Rugged Man, and Boot Camp Clik.

Performing live is among the many talents Frankie possesses, which showcase his charismatic nature combined with his humorous disposition. While Frankie enjoys looking through a lighter lense at some of the more stirring subjects, he remains focused and serious with his consistently superior in-studio recordings.

Frankie’s first album was released in December of 2012, titled Future Paradise, and was collaboration between the artist and Golden Goonz’s head sound engineer “Count Bluntas”. The album is influenced by Frankie’s experiences living in Brooklyn, and the personal struggles he has overcome. His current work can be described as a juxtaposition of old school beats and new school rhythm.

Frankie looks forward to the release of his next album “Frankie Fingaz Is The Name” this October, which will be a demonstration of his progression as an artist and his first solo album.