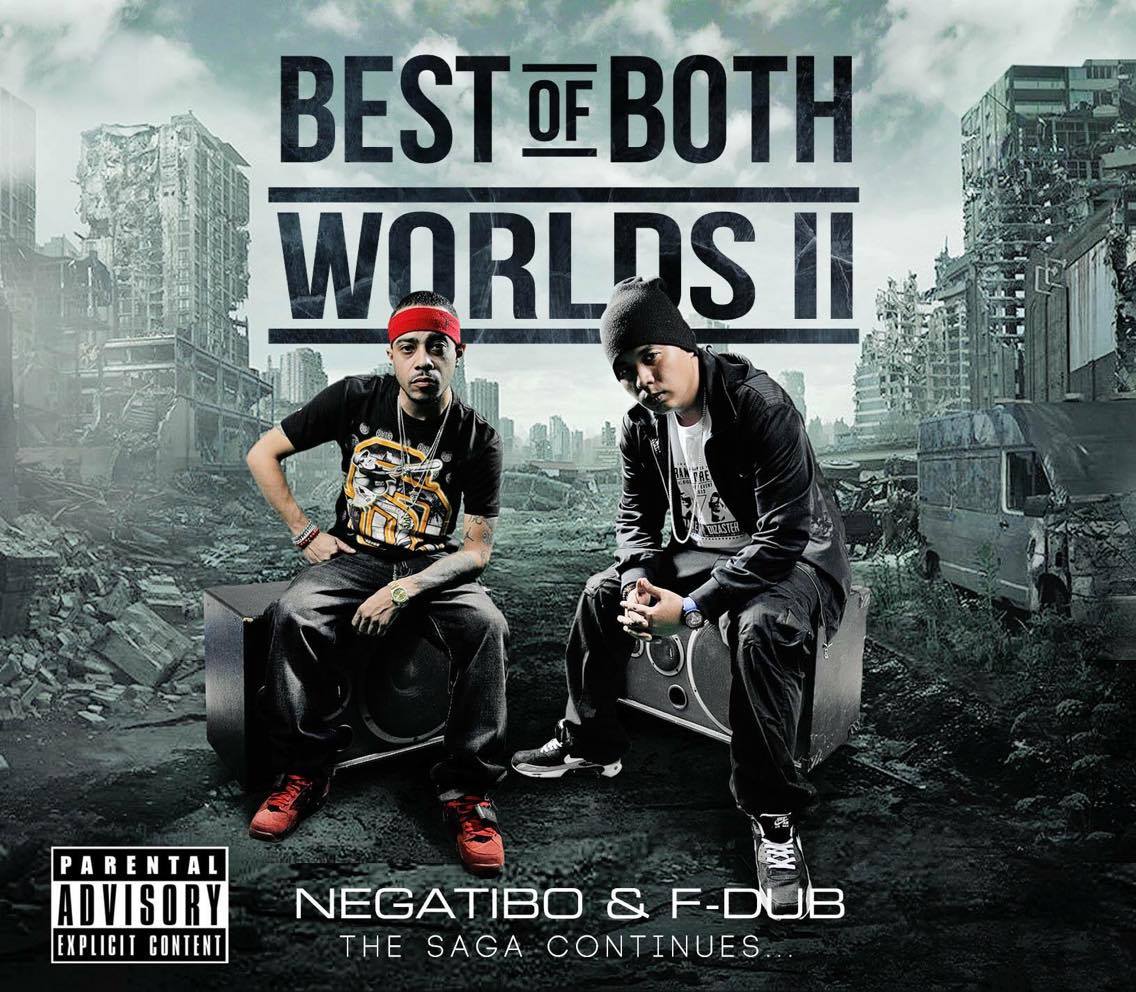 Golden Goonz Entertainment is proud to announce the official release of “The Best of Both Worlds, Pt.2 (The Saga Continues)” album starring F-DUB & Negatibo. This dynamic duo tears up some sick beats with a hardcore lyrical assault. “B.O.B.W.,Pt. 2” the title track has crazy energy as featured in the video (link below). “Assasinators” features Jae Duece from the Third World Council, Cartwise is featured on “Unstoppable”, “Winning” features Maria Herrera & Heaty Tha Bomb, Count Bluntas is featured on “Whats the Deal”, and “Almighty” featured Nigz. This official studio release further strengthens the bond Golden Goonz has formed with the Filipino music community thanks to F-DUB continued promotion and touring abroad.

Special Thanks to all the incredible people that made this possible especially the producers; Cursebox, 13thbeatz, Count Bluntas, Alas ng Beats, CT Beats, Eazybeatz. Thanks to Konektado, Tuesday Troop.

Thanks to all our fans for your continued support, we truly appreciate you and hope this and all our releases bring some joy into your lives.

The audio is available digitally everywhere, including iTunes.

Best Of Both Worlds part 2 behind the scenes

“Down For The Count” Free Album Release